Pencil and charcoal drawings and small relief sculptures made with tape and stickers are the materials used in Jonathan Ellery’s latest book, A Bewildered Herd.

The title of the book comes originally from Walter Lippmann (Public Opinion, 1922 – mass man as the bewildered herd, spectators not participants in a democracy) whose words were paraphrased by Noam Chomsky in his book Media Control (2002).

Ellery’s interest is focused on the notion of a democracy, and how easy it appears to control it.

Ellery’s drawings in the first half of the book are made from pencil and charcoal, all of which are abstract, guttural and raw. The marks made appear scratchy, erratic and irrational. Some drawings are sensitive and calm, some violent. There is a sense of an abstract narrative of sorts running through the series.

In the second half of the book Ellery uses stickers, which appear to be swimming in gaffa tapes of various colours to form small relief sculptures. Again some of these are very simple, while others become more energetic and frictional.

Harsh studio lighting has been used to photograph the work, which brings a heightened super realism to the series. Colours and shadows are exaggerated giving a ‘pop’ quality to the work.

One gets the sense that Ellery’s recent work is becoming more abstract, and that is borne out by the front covers, each treated as an individual canvas by the artist, all 300 covers done by hand. 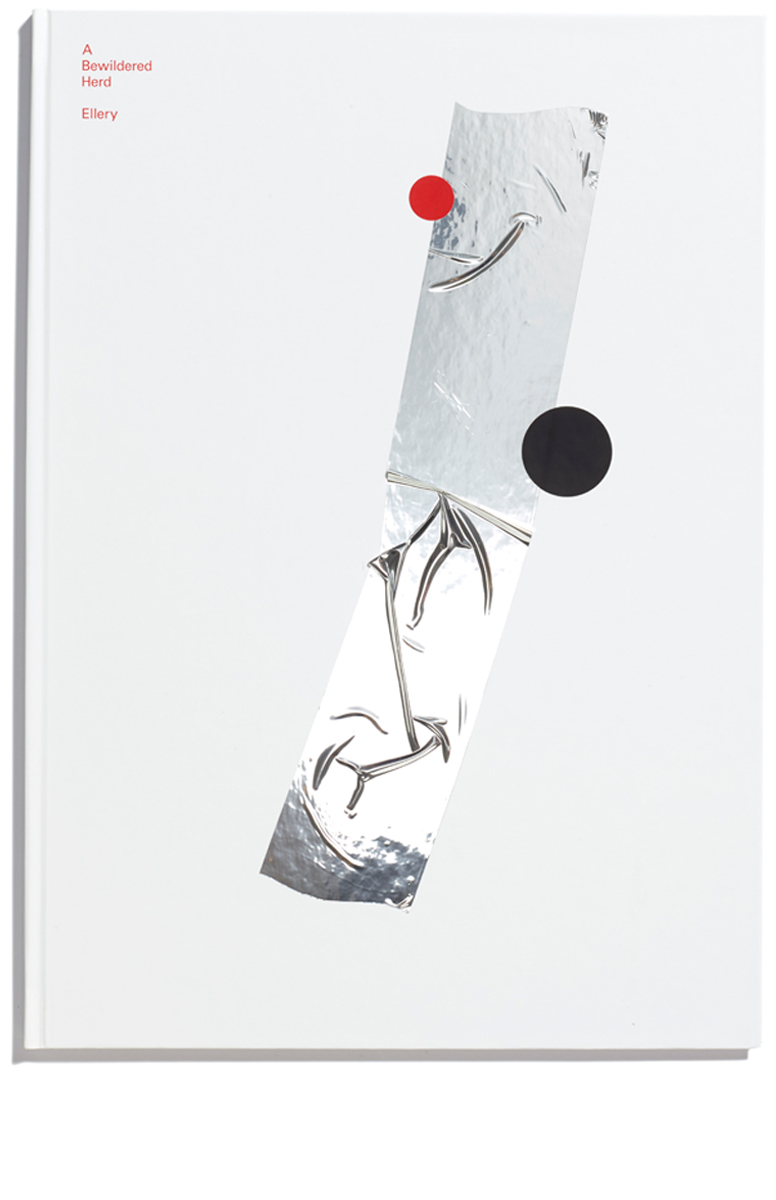 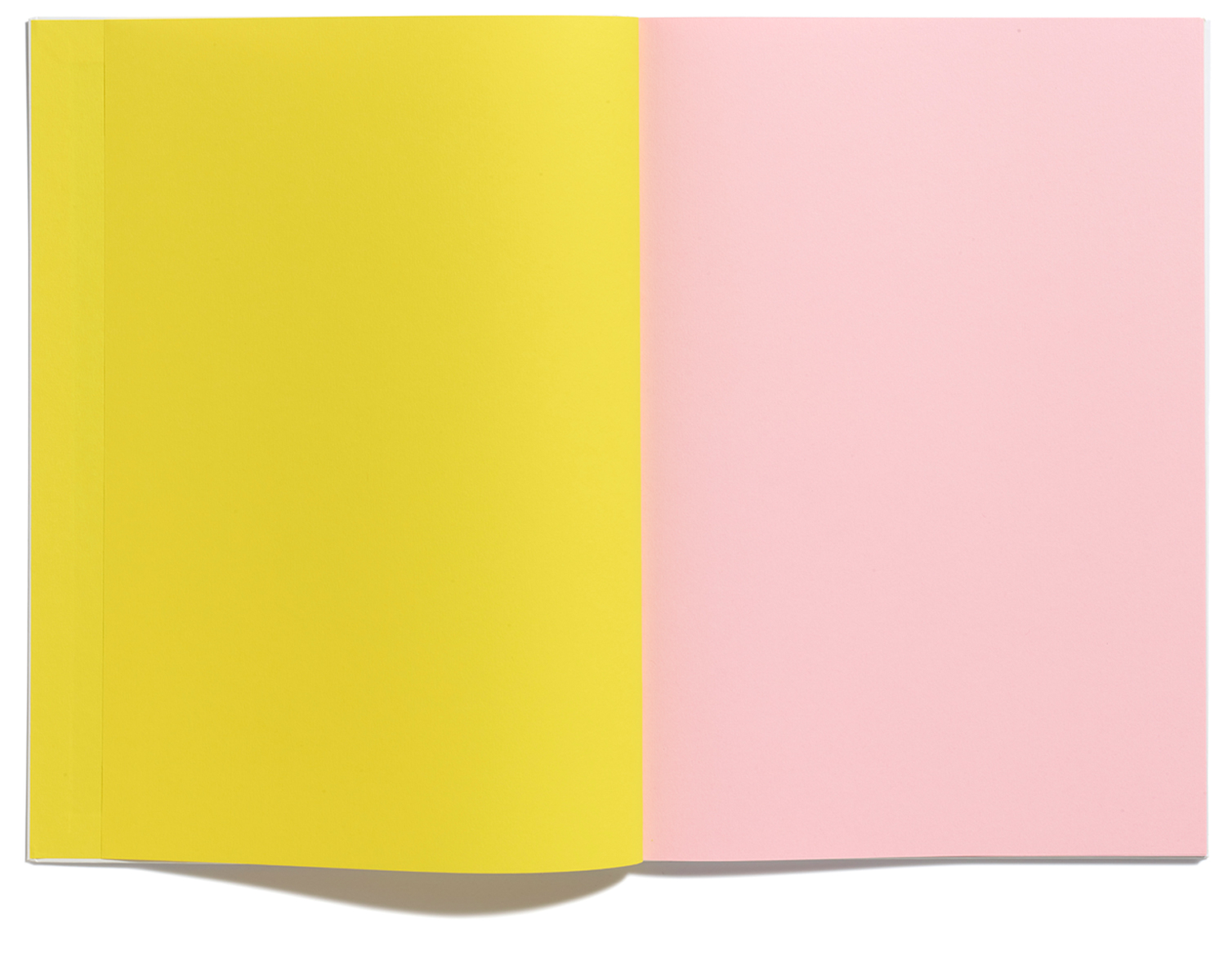 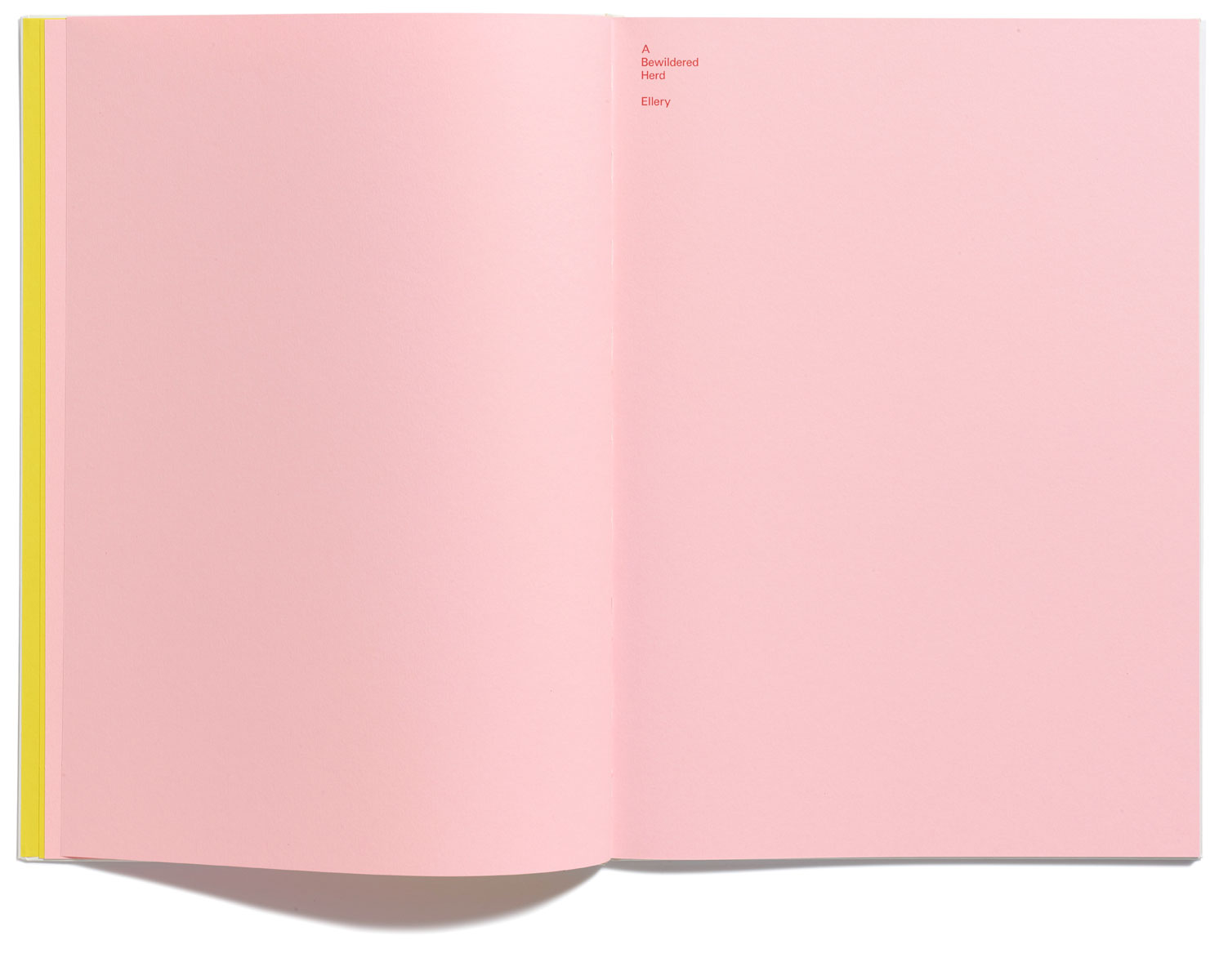 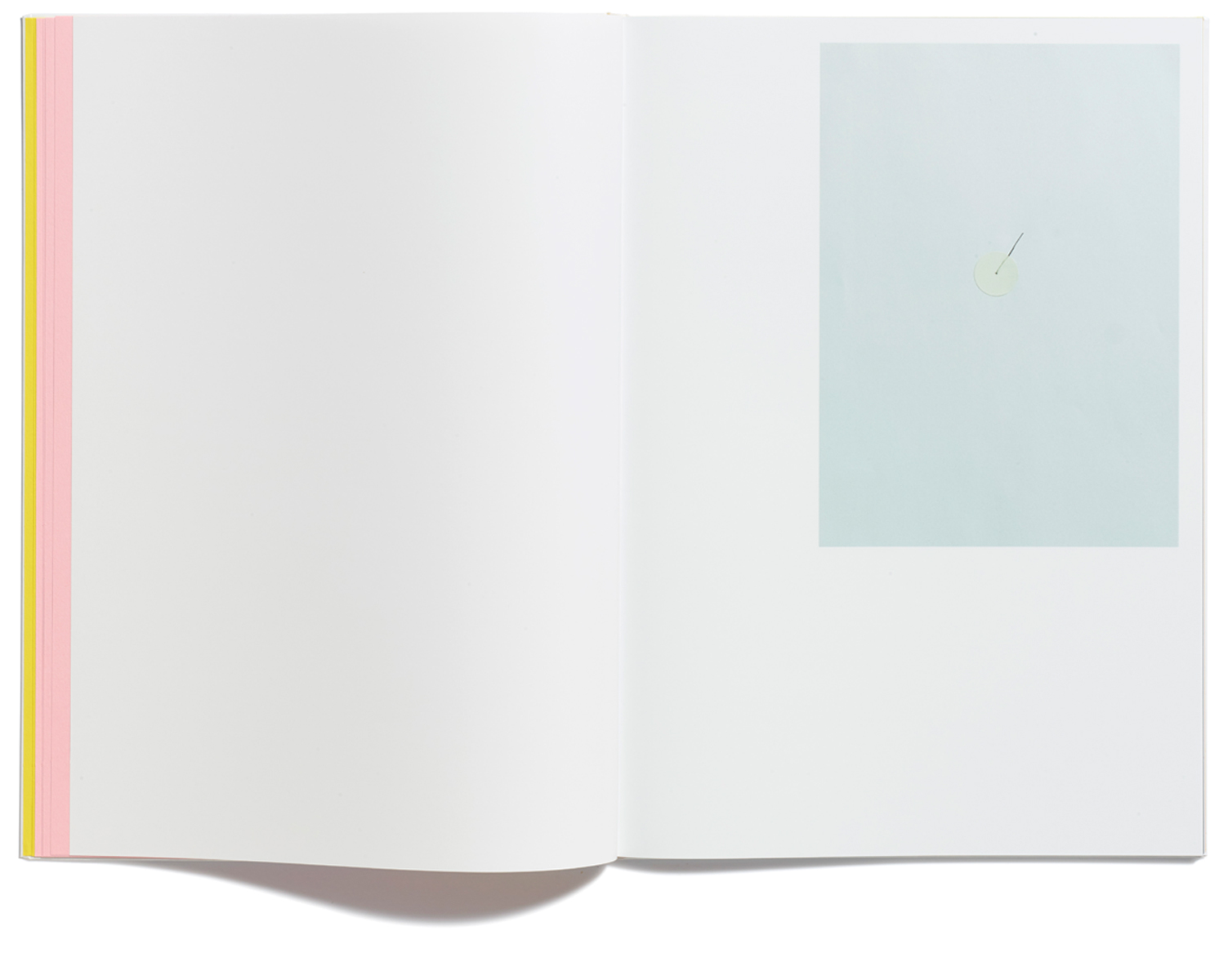 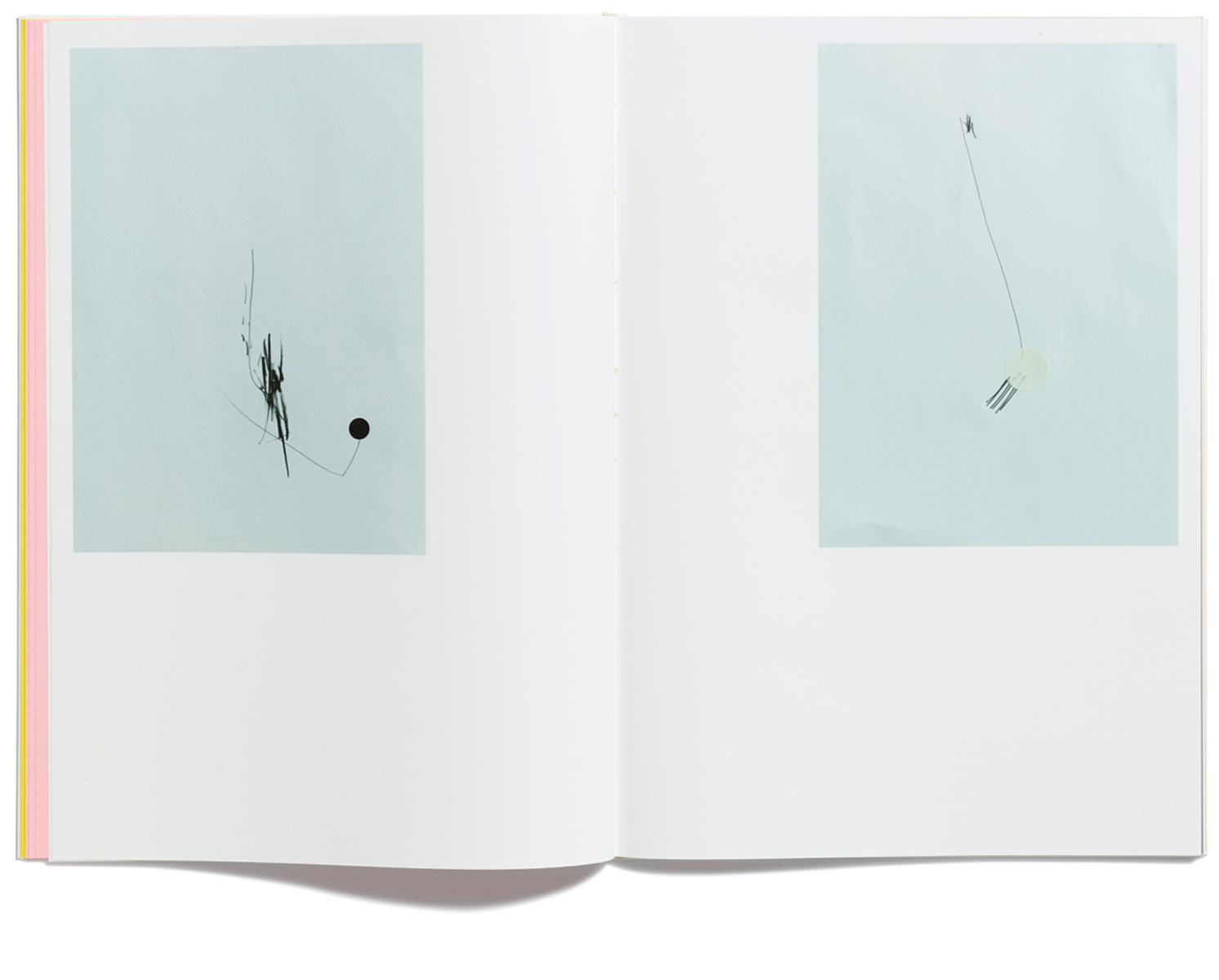 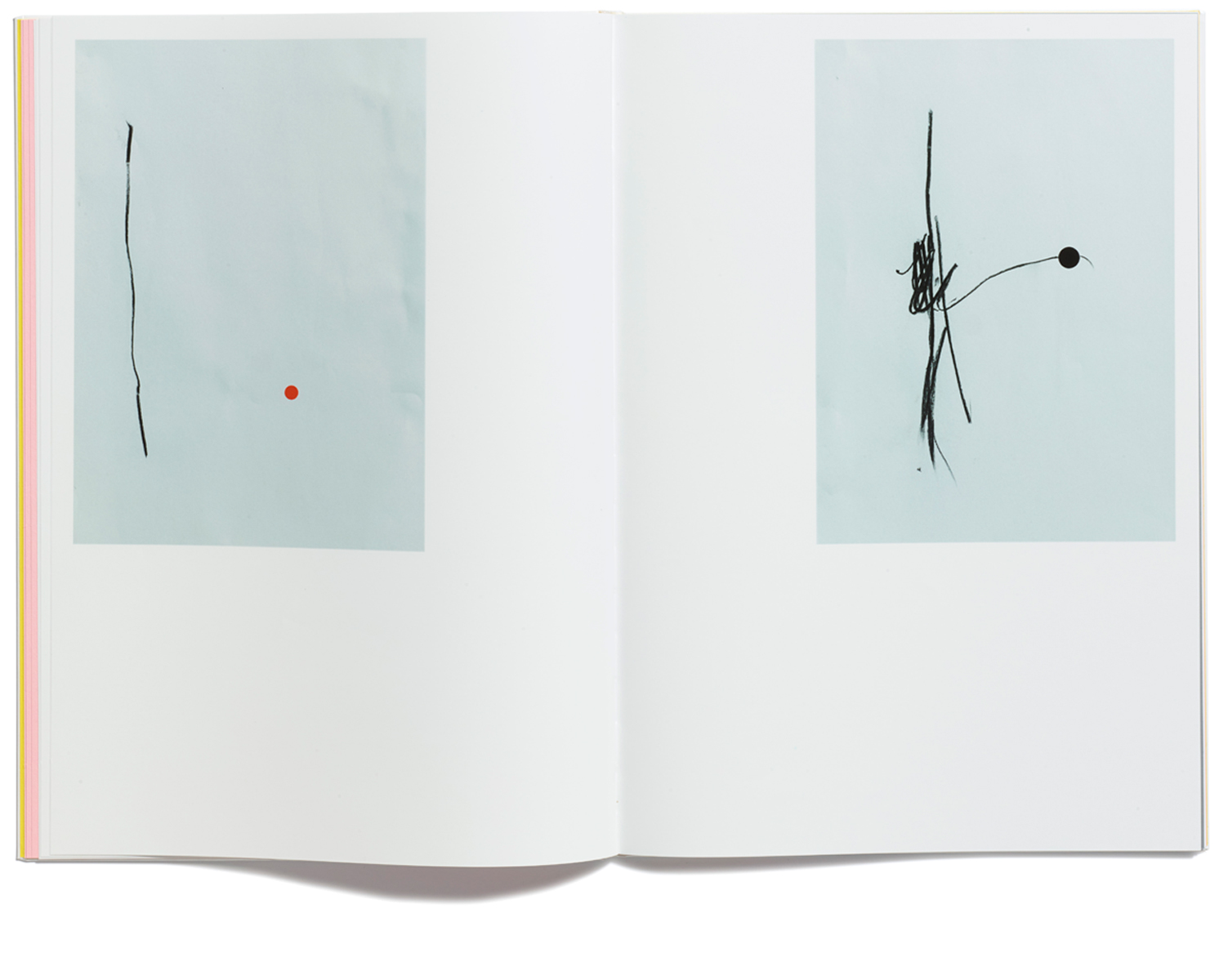 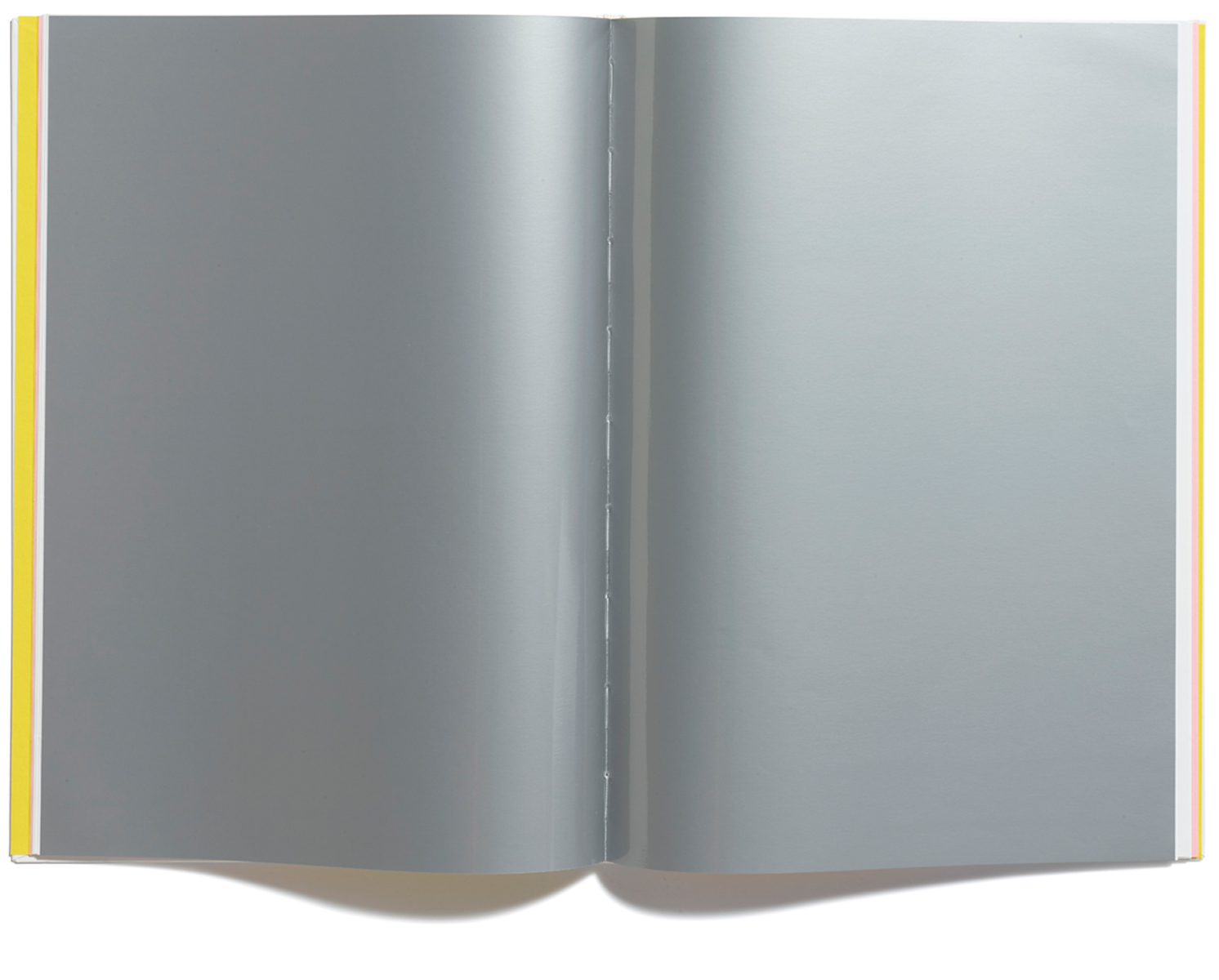 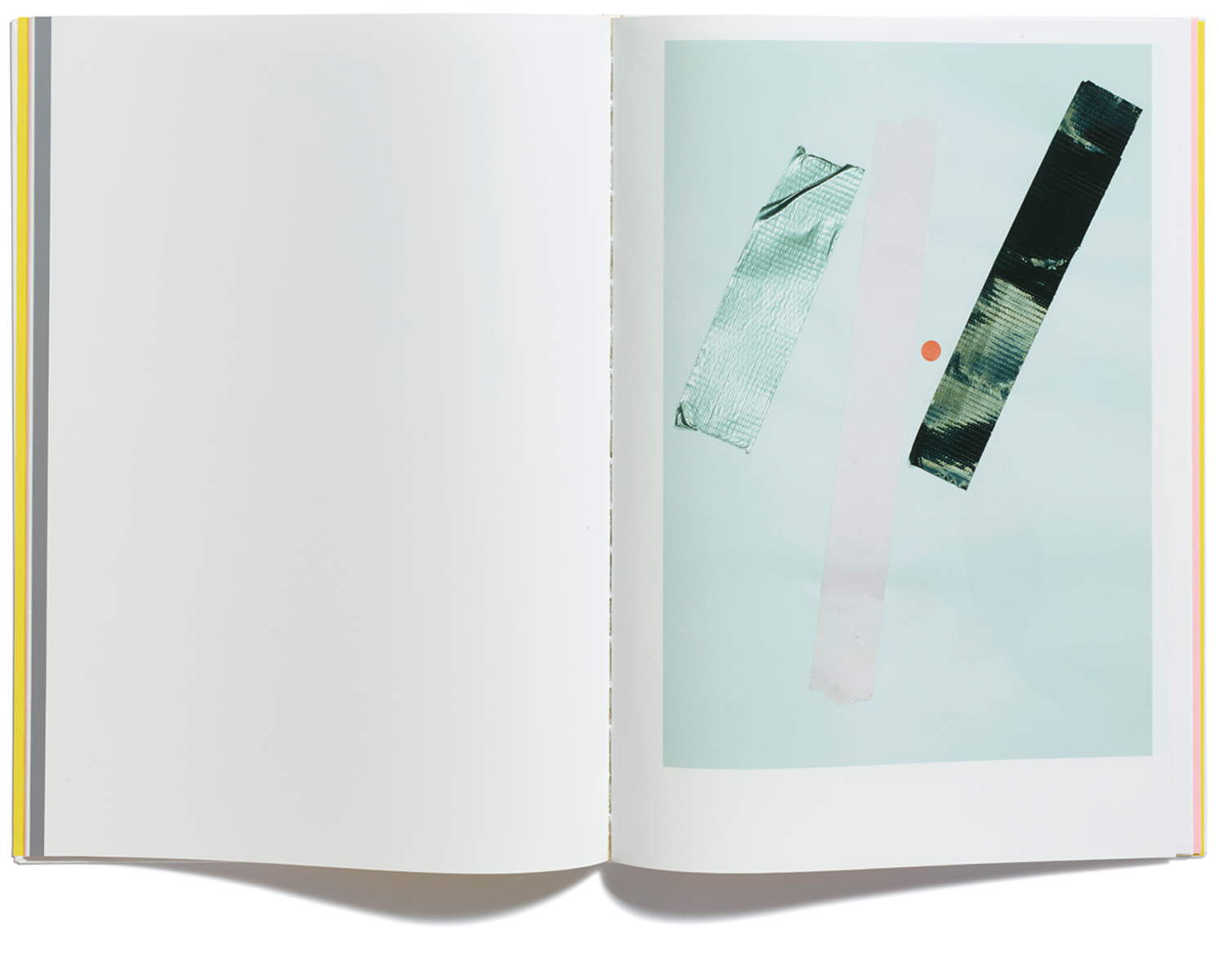 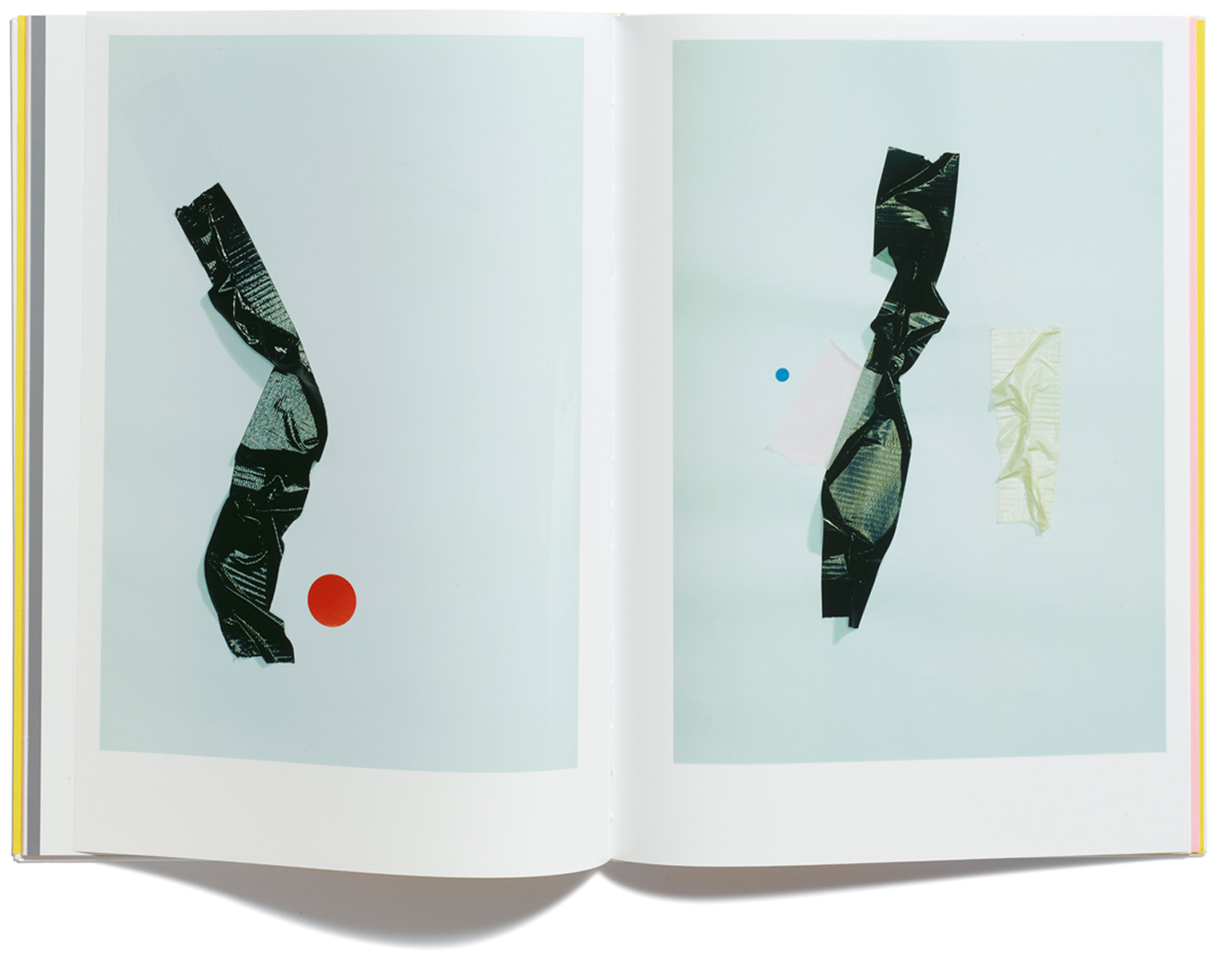 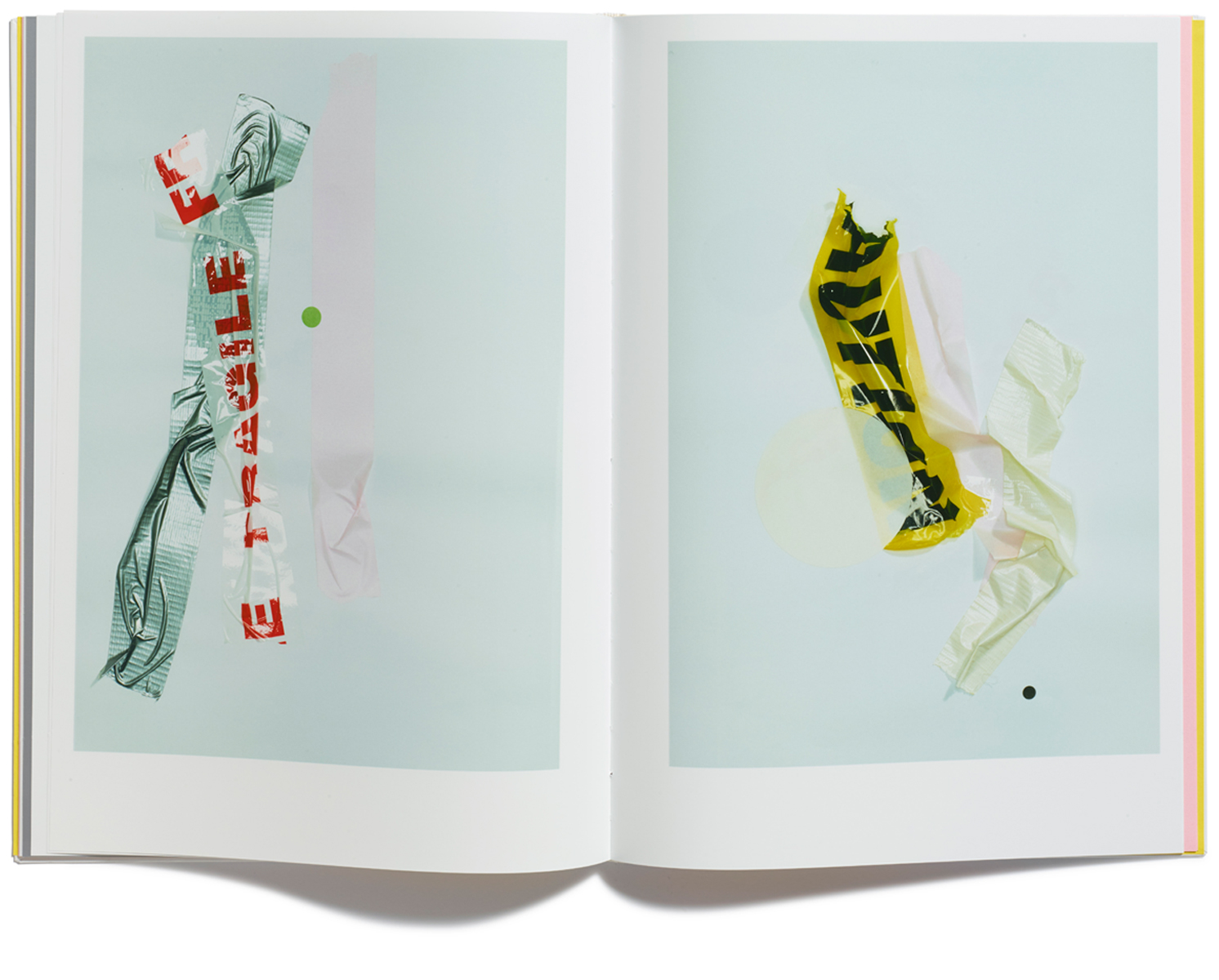 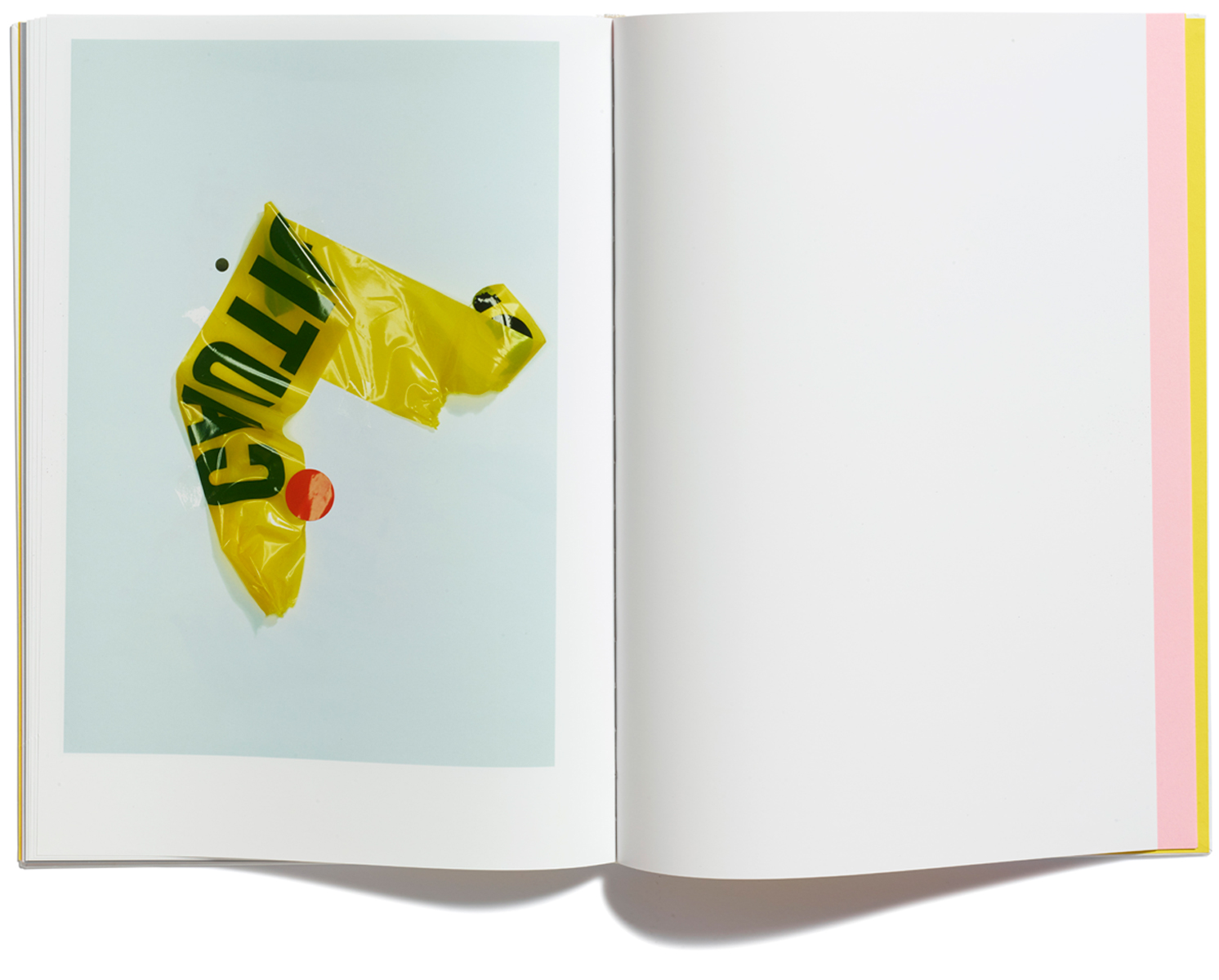 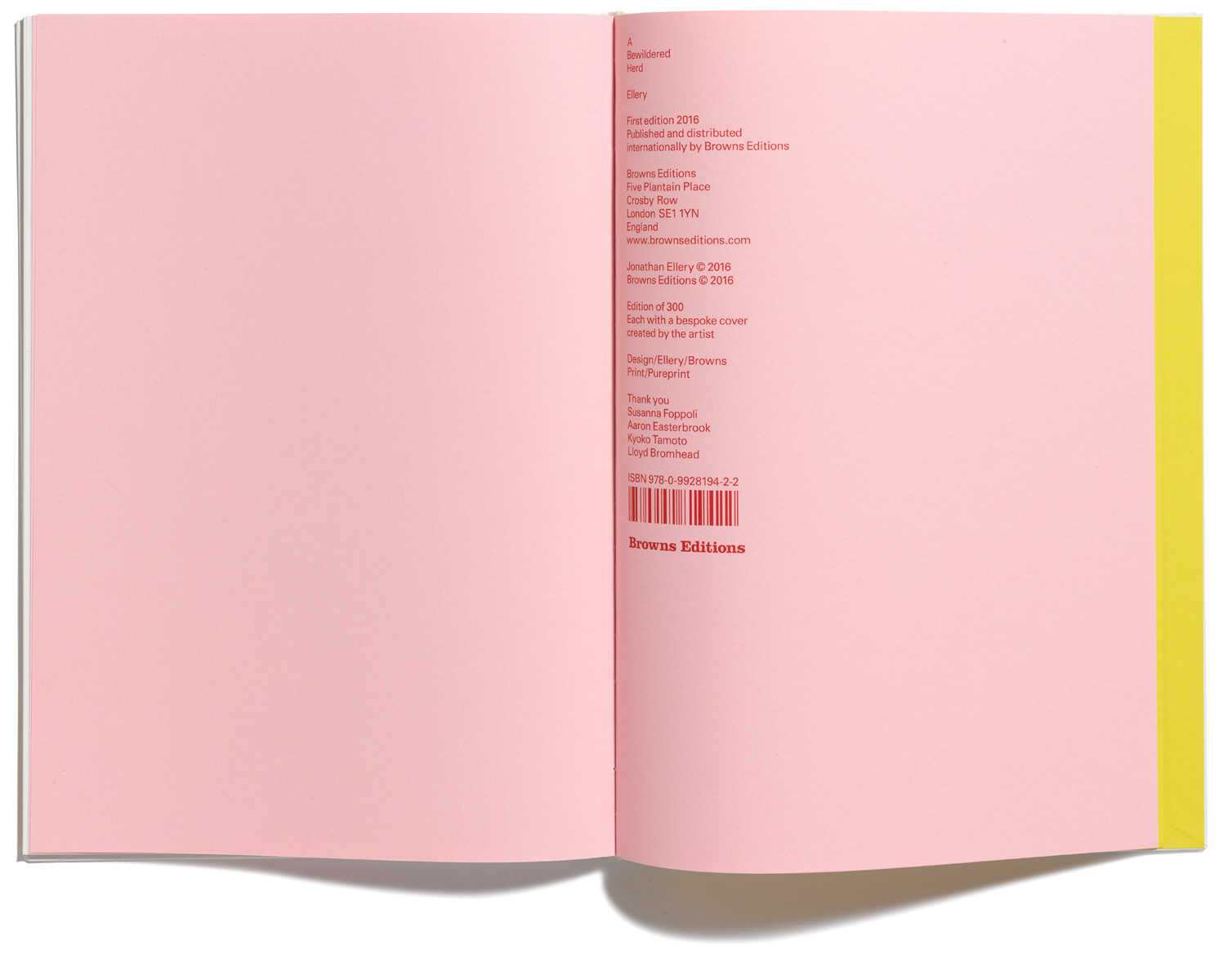 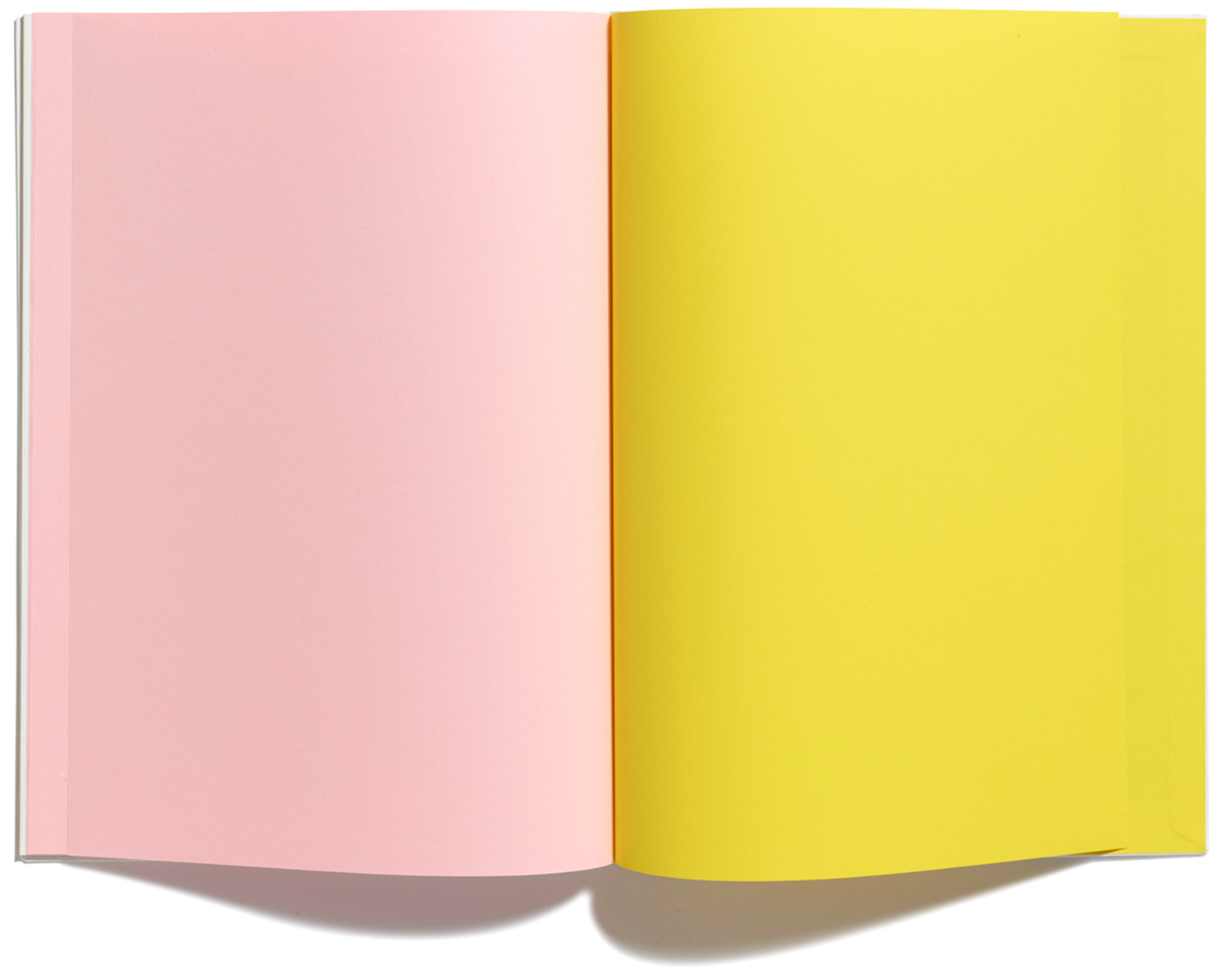 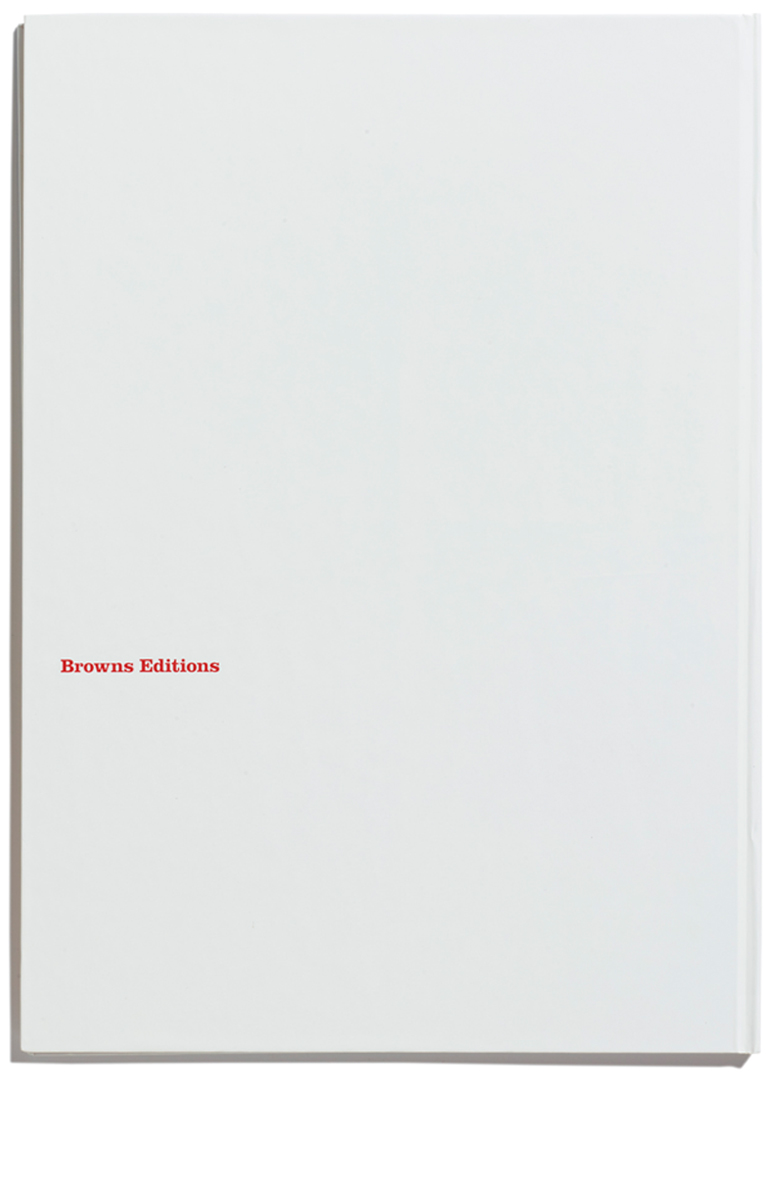